Which brain cell does what, when Parkinson's disease arises? It won't be long before this jigsaw is solved piece by piece. Ahmed Mahfouz, computational biologist, combines bio-knowledge from Leiden with algorithms from Delft and is getting closer to finding the key.

'Traditionally in this type of research you would stick a piece of tissue in the blender', says Mahfouz.  In the department of Humane Genetics at LUMC he examines molecular mechanisms that underlie the functioning of the brain.  How and why does someone with Parkinson's become forgetful?

Humans each have about eighty billion brain cells. Mahfouz wants to know which genes are active in these cells, to see what these cells do exactly.  'A piece of tissue, for example from the hippocampus, contains in itself millions of cells.  In the past we had to resort to putting the piece of tissue in the blender, but nowadays we have hundreds of different techniques for analysing with accuracy and with ease one cell at a time and to see which genes are relevant for a cell type, if the cell has a different task from its neighbouring cell, or if it is in a different phase of its life cycle or affected by illness.'

Analysing is the next step

All the new measuring techniques do create a problem.  'It is impossible to oversee all those data of about four million cells per month and they are very difficult to analyse.' Artificial intelligence can help in three ways, Mahfouz adds. 'A human can only really cope with three dimensions, not 20.000, as many as there are genes.  Dimension-reduction techniques from the AI world translate the data into a sort of map which we can then read.'

'  People are not that good at recognizing complex, hidden patterns.'

Secondly, the field of the single cell data can make good use of image recognition techniques: 'An algorithm is sometimes better able than a human to tell whether it is a nerve cell or an immune cell.' The third benefit AI can give us is pattern recognition.  'People are not that good at recognizing complex, hidden patterns. For example, a self-learning algorithm can see which cells are always active at the same time.'

Mahfouz works at the Delft Bioinformatics Lab one day a week, which is also where he did his PhD.  'In Delft we can make the algorithms as efficient as possible and my colleagues there look at the biomedical data in a new way which we are able to collect more and more accurately in Leiden.' The researcher hopes to be able to contribute to finding targeted solutions for brain diseases.  'If we know exactly what goes wrong in which cells, it might be possible to develop new drugs that can reach exactly those cells in which the disease is developing.' 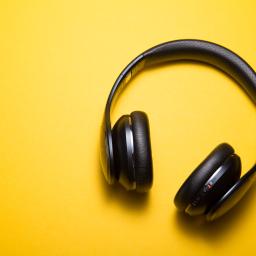 BOLDcast is the new Dutch-language podcast by the Leiden-Delft-Erasmus Centre for BOLD Cities. In BOLD Cities projects, scientists from different disciplines…