Sander Otte loves playing around with atoms. In his lab in Delft, his team patiently shifts atoms on the boundary between the quantum world and our own. 'You have to dare to let go of your intuition, and a world will open up for you.'

At the smallest scale – on an atomic (or even smaller) level – quantum mechanics rules the world. And it’s a strange world. Things can be in two places at the same time, for example, or slip through a barrier unseen. Different rules apply in our daily lives. We can’t be at the school playground and at the office at the same time, however much we’d like to.

'As soon as you step into the world of quantum mechanics, you lose your sense of how things behave,' says Sander Otte, professor at the Quantum Nanoscience department in Delft. 'You have to dare to let go of that intuition so that it doesn’t get in your way. If you dare to trust the quantum laws, a whole new world will open up for you.' 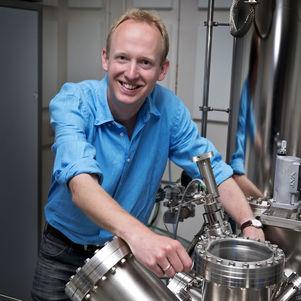 The quantum world is Otte’s world. Or to be more precise, the edge of it; the boundary between the quantum world and our own – the classical world, in physics terms. The behaviour of a single atom can still be described perfectly with quantum mechanics, says Otte.

But as soon as you put a few atoms together, the electrons of those atoms start to interact. Then it becomes too difficult to calculate the behaviour of that group of atoms using quantum.

'If you want to describe the properties of iron, for example, we move away from quantum mechanics. We then describe the behaviour of those atoms in terms of phenomena, such as conductivity or hardness.'

Otte is particularly interested in that transition. The intersection between the quantum world and our world, where the laws of nature become phenomena. 'And it’s a great word in Dutch,' says Otte. 'Verschijnselen. The properties of a substance appear, verschijnen. They manifest themselves. That’s also a great word.' In his experiments, he always looks for the boundary between the quantum and the classical worlds. 'We start by measuring the properties of one atom, then two, then three, and so on, in the hope that quantum mechanics will help us to better understand these phenomena.'

I see our work as our contribution to the quantum ecosystem. Research is mutually reinforcing.

Otte’s research is fundamental research. 'My team is acquiring the knowledge that is needed to develop new materials, for example for quantum computers,' says Otte. 'My colleagues at QuTech then apply that knowledge.' QuTech is the Delft institute that is developing technology for quantum computers. Otte: 'I see our work as our contribution to the quantum ecosystem. Research is mutually reinforcing.'

To be able to carry out his research, Otte needs to carefully push the individual atoms into place. To do that, he uses the sharp tip of a microscope, which can be used to probe the surface as well as to move the atoms. 'Getting the atom in the right place all depends on that tip. You need a bit of luck – sometimes you’ll be fiddling around for two days, others you’ll get it right the first time.'

His lab’s motto is ‘crafting matter atom by atom’. 'Moving atoms always feels like it’s a craft,' says Otte. And it’s not for everyone. Otte once had a Bachelor’s student who couldn’t stand all that fiddling around. 'After two weeks, she told me that she really couldn’t take four more weeks of it,' he says, laughing.

He actually quite enjoys that fiddly work, he admits afterwards. He loves precision work – always has, even as a child. 'I wasn’t one of those mechanic types who tinkered with machines, but I always enjoyed anything that required precision. I like to draw. I do small drawings with sharp ballpoint pens. Even my handwriting is small. And I always want to get to the bottom of things. I always want to know how things work.'

Otte studied in Leiden, which has a more theoretical focus and is now enjoying the cross-fertilisation with Delft’s tech experts. 'There is a subtle difference between the two groups. The people from Delft are more pragmatic and tend to approach experiments more from the perspective of what is technically possible.'

'The great thing about working at the atomic level is that there are very few interferences,' says Otte. 'Physics experiments are actually all about eliminating external factors so that you are only left with the effect you want to study.' The best way to study fundamental laws is, therefore, on the smallest scale possible. 'There the world is small and orderly.' 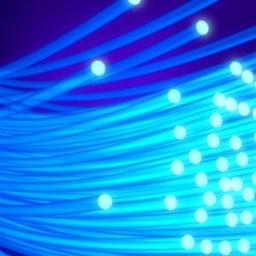 In Leiden, light particles march into Wolfgang Löffler’s experiments one by one. His research focuses on acquiring the fundamental knowledge needed to develop… 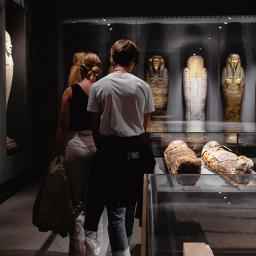 Text: Mauro Smit // ErfgoedinZicht Have you ever bought a second-hand bike on the internet, or maybe at auction? If it later turned out to be stolen there are… 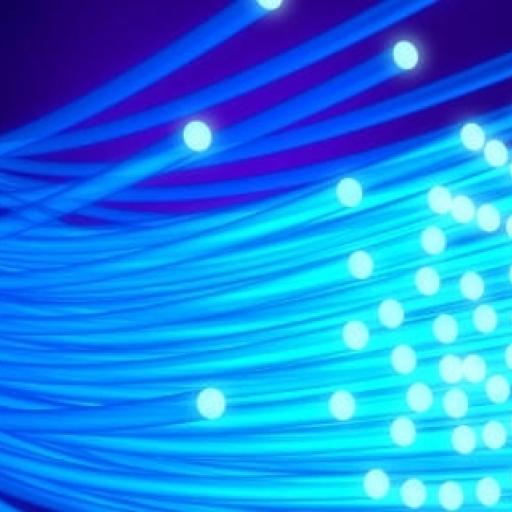