As of 1 September 2019, Prof. Pieter ter Keurs will assume the position of Scientific Director at the Leiden-Delft-Erasmus Centre for Global Heritage and Development as well as that of Professor of Museums, Collections and Society at the Faculties of Humanities and Archaeology at Leiden University. We spoke to him about his vision on heritage and his career in the museum world. 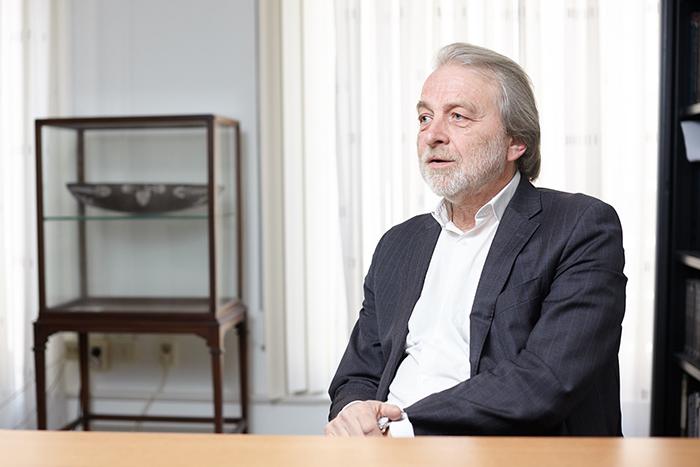 What is your background and how did it influence you?

‘I studied anthropology in Leiden, which probably also helped determine my point of view when it comes to heritage. I specialise in anthropology of material culture. When I look at a historical site or archaeological object, I always ask myself ‘What do people get out of it, what does it mean to them, in this place?’ I have researched this in depth particularly in Southeast Asia and had many discussions about it with local people in, for instance, New Guinea, Indonesia and the Philippines. My dissertation was about how people relate to material things. I have always been convinced that the meaning of objects is not just one-dimensional but has an effect on people and can, therefore, have social and political connotations.’

Where are you from and where have you worked?

‘My roots lie in the Leiden museum world: I started as a curator at the National Museum of Ethnology (now the National Museum of World Cultures). After that, I moved to the Dutch National Museum of Antiquities, where I've worked for a long time and am currently Head of Collections and Research. In addition, I’m affiliated with Leiden University as an endowed professor, a position which will become a full-time Professorship of Museums, Collections and Society from September onwards. I will also be acting as Director of the Leiden-Delft-Erasmus Centre for Global Heritage and Development.’

What is your ambition with regard to the Centre for Global Heritage and Development?

‘The Centre is positioned in the dynamic area of heritage and society. There is a lot to be done in this area; many exciting issues are involved. Heritage can create a sense of belonging to a group and a feeling of stability, because it offers people a sense of recognition and a familiar environment. If you encroach upon this heritage, you encroach upon the identity of these groups of people. Not just when you destroy heritage, but sometimes also when you try to protect it. For example, when the UNESCO plans to assign World Heritage status to something and the local community says ‘Stay away from this, this is our heritage because we live and work here’.’

‘From an organisational point of view, the Centre is in a good shape. My predecessor Prof. Jan Kolen and the team have introduced the requisite focus. The Centre is organised around three clusters: Heritage & Environment, Heritage & Identity and Endangered Heritage.’

Read more about this in the April 2019 edition of the LDE magazine. 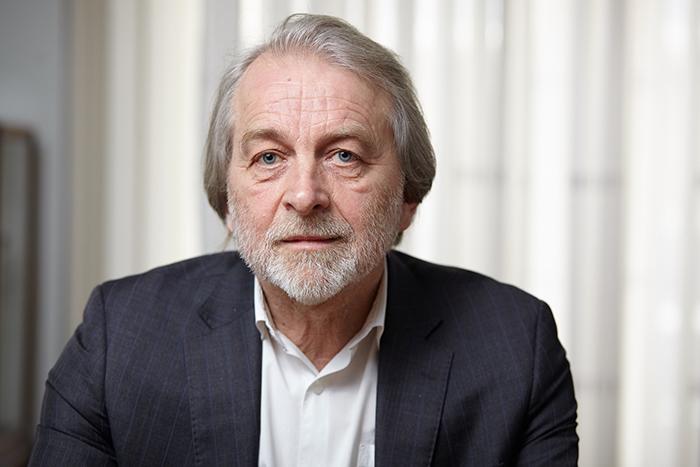 What is it about cultural heritage that appeals to you?

‘What I really like about heritage is that you’re not just engaged in academic research, but are also closely involved with what’s going on in society. You don’t just look at the material and immaterial heritage itself, but also at the context of this heritage and try to provide an interpretation based on this. For example, by explaining what an object was used for, how people lived at the time, what the landscape looked like. Today, there are many more stakeholders than before with an opinion about heritage. They may want to use the space for something else, perhaps for housing construction, or want to protect a piece of heritage when the municipality or province has earmarked something else as ‘heritage’ and given it priority. This means that, as a heritage specialist, it’s not enough just to know a lot about, for example,  Roman times; you must also be in touch with what’s going on in today’s society. So that you can understand what cultural history means for different groups and why people might rather have a playground than a replica of a watchtower in their neighbourhood.’

What are the social developments in relation to heritage that you find important or interesting?

‘What is becoming more and more significant is that heritage can be controversial, acquire political overtones and lead to conflict. This is not just the case in Syria, but a worldwide trend. Take the example of statues of white farmers being put up in South Africa which, for many, may evoke painful memories of the apartheid regime. But I also find the rise of museums in China striking. Heritage plays an important role in the new political system, so these museums have to be quickly filled with artefacts representing Chinese history. Heritage is never neutral, it’s always interpreted. I think it’s important that we, as academics, continue to play a role in this.’ 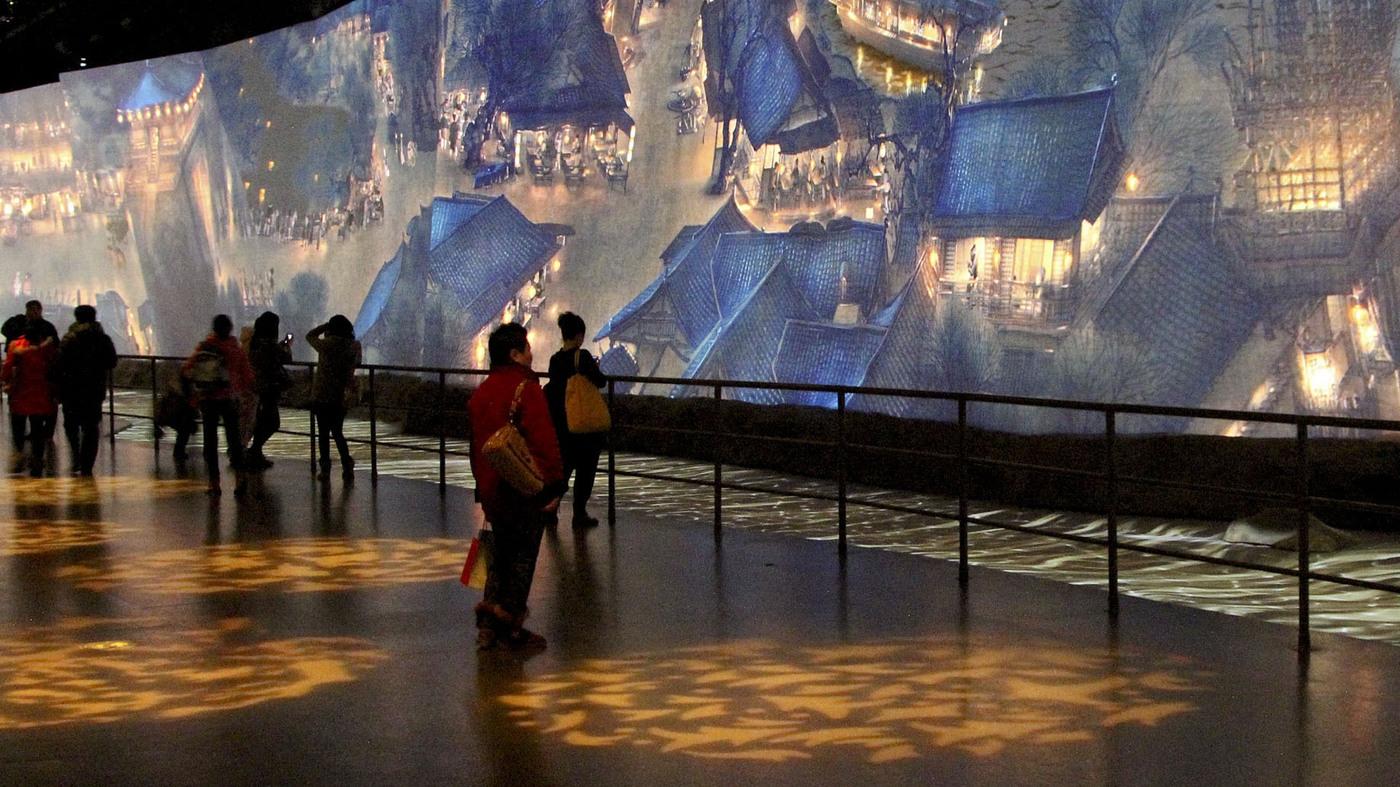 Does this correspond to the themes of the Centre for Global Heritage & Development?

‘Yes, not only the centre's three clusters, but also activities such as the Summer School on Cultural Objects, Human Rights and International Law, fit in well with them. However, I do see a dilemma here in the sense that, on the one hand, being committed to the UN's Sustainable Development Goals we’re concerned with global issues, while on the other, the practical aspects of heritage are actually handled at a very local level with municipalities or local interest groups.’

How do academics connected with the Centre for Global Heritage and Development cooperate with one another?

‘The Scanning for Syria project is an example of a very successful collaboration between engineers from Delft and archaeologists from Leiden. I think that this mix of technology and humanities will become increasingly important in the future. Even when it comes to statistical results from research, it’s important to include interpretation from the humanities field. This multidisciplinary approach is also becoming increasingly important when applying for research funding and the best part is: as Leiden-Delft-Erasmus, we already have that with our broad range of programmes in arts, humanities, sciences, and social and behavioural sciences.’

‘Of course, an additional challenge for our Centre is to ensure that a cooperative partnership between the three universities emerges. This is not always something that can be controlled. My impression is that if people get along well, great new projects will be created. And, of course, as Centre Director, I hope to play a role in this!’ 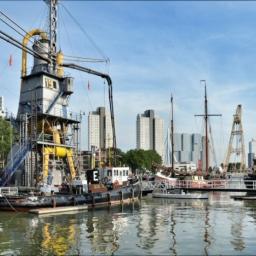 ‘Heritage plays an important role in a society in transition'

Interview with Professor Jan Kolen, scientific director of the Leiden-Delft-Erasmus Centre for Global Heritage and Development The term heritage usually… 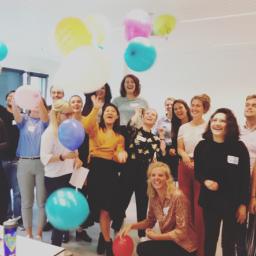 Gaining experience in the world of universities with the LDE traineeship

What do you do if you’ve recently graduated from a Dutch university and want to get to know the academic world in greater depth? You apply for a two-year Leiden…

Gaining experience in the world of universities with the LDE traineeship

Scientists in Centre for Sustainability podcast