Skip to main content
Tough Love
What to do with the heritage of the petroleum age?

What to do with the heritage of the petroleum era?

The transition away from fossil fuels is in full swing and the days of petroleum are counted. Petroleum has shaped and altered our built environment for over 150 years. But what to do with the complex heritage of the petroleum era? ‘We need transition strategies,' says Professor Carola Hein. 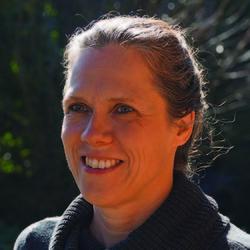 ‘Gas stations have shaped our experience of the environment’, says Hein. ‘But petroleum has shaped the environment in many ways that we don’t even realise.’

Carola Hein is professor of the history of architecture and urban planning at Delft University of Technology and leader of the ‘Heritage and Environment’ group in the Leiden-Delft-Erasmus Centre for Global Heritage, a collaboration between three universities. She is fascinated by the ways petroleum has permeated and shaped our living environment in the past 150 years.

‘I am interested in the way in which flows of oil have built our cities,' she says. 'In the way our planning is done, in the development of what we call "petroleumscapes", but also in the image of oil.’

Her research into the history of petroleum has taught her that our image of gas stations is the result of a carefully orchestrated promotion campaign launched in the early automobile days. In some countries, including the Netherlands, famous architects were invited to design gas stations, and oil companies handed out free road maps with the aim of promoting tourism in the green countryside. A car meant freedom and petroleum stood for a new and adventurous way of living.

Oil conquered the world within half a decade

The first oil was pumped up in the US in Western Pennsylvania in 1859, and conquered the world within half a decade. In 1862, oil was already shipped from Philadelphia to Rotterdam.
Read Carola Hein's article about Philadelphia's oil history

In our days, three quarters of the entire area of the Port of Rotterdam is oil-related and oil connects Rotterdam to the rest of Europe, flowing through pipelines to Belgium and Germany. ‘Even large-scale infrastructures in Rotterdam have been co-funded with oil money,’ Hein says.
Read about the city of Rotterdam as a petroleumscape

From the 1870s onwards, refineries were built all over the world, both near existing cities and in areas devoid of any infrastructure. There was Philadelphia, with its first refineries were surrounded by apple orchards. And Dunkirk, where British Petrol (BP) built a miniature city for its engineers.

Abadan, Iran, 53 kilometres from the Persian Gulf, where the Anglo-Persian Oil Company built an entire city, based on British architectural ideals. When the British left, a new petroleumscape arose in Teheran, this time based on American ideals. ‘Oil was at the heart of globalisation’, says Hein.

Headquarter buildings of oil companies often located in the vicinity of national ministries or at the heart of capitals, became local urban icons, such as the A’dam tower in Amsterdam, which many citizens still call the Shell Tower.

But the oil age has come to an end. The Total refinery in Dunkirk stopped its activities in 2010 and the Dunkirk region needs to build new network, says Hein. Quoting a report published by Clingendael Institute in 2016, she predicts that the numerous North-West European refineries will close in the coming decades.

But what to do with the remains of the oil era? Carola Hein already taught a studio in which she made her students redesign the Port of Rotterdam, with the idea of keeping a memory of it without using it. ‘We need transition strategies’, she says.

The official oil heritage is already there: the Jaknikker oil pump in Schoonebeek is on the Dutch list of national monuments, as are some gas stations, and the former BP site in Sydney has been transformed into an urban landscape park, with the outlines of the tankers preserved in the waterfront. There is a whole list of petroleum museums around the world.

'A big chunk of decision-making is coming up'

‘But gas stations are easy heritage’, says Hein. ‘Whereas industrial sites are difficult heritage. It is not so easy to decide what to do with these areas. The soil is often so dirty that it needs a complete clean-up. In Philadelphia, a refinery has been running since 1870. It is considered so difficult to clean it up that they just keep it running. Oil from the Dakotas is still flowing in.’

Hein: 'Can we do the clean-up the same way as we did with the coal areas? What are the strategies to bring these areas back into the cities, to redevelop them? Oil-sites that are situated near expensive urban real estate will receive funds for redevelopment. Cities such as Hamburg and Rotterdam are already recuperating former inner-city ports. Former oil facilities in less desirable locations, however, are much more difficult to transform. A big chunk of decision making is coming up. And we really need to prepare for the discussion about what to do with the oil heritage.’

What stories do we choose to tell?

Hein: ‘We have to decide about the picture we want to paint. For all those decades, we have been shown the life-saving benefits of oil. The optimism, the pride and the heroism. We have lego toys, postcards of refineries, heroic films. But of course, oil did not always benefit people’s lives. It may be easy to transform Abadan’s urban areas that were built for petroleum into a museum site, but we also have to think about how we want to deal with these different and dissonant stories. If you preserve a refinery or a large storage site, what will be the story?’

At the same time, we have to prepare a narrative for the post-oil era, Hein emphasizes. ‘When we want society to move towards green energy, how can we convey the same heroism? Do solar panels have the same iconic character as rigs and oil refineries? We need to go back to the local economy if we want to combat climate change. It will have to happen in society, not just through technology.’ As more people produce energy locally, communities need to establish new approaches for public spaces and collective utilities. 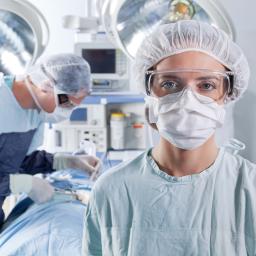 It is impossible to imagine the healthcare sector without medical technology. Innovative diagnosis and treatment methods call for a new type of medical…

What to do with the heritage of the petroleum era?

Observing the city from a data perspective

Medical Delta Event 2017: Value based Healthcare & the role of technology

A lot of interest for Joint Minors

Leiden, Delft and Erasmus are the most innovative Dutch universities

Heritage for the Future
Regional collaboration

Centre for Global Heritage and Development