‘Our health is the area that stands to gain most from artificial intelligence.’ The three universities in Zuid-Holland are helping make these gains. Three researchers talk about their collaborative research into AI for health, drug discovery and healthcare in the AI knowledge cluster in Zuid-Holland. Part 4 in a series about five themes in which the three universities and two medical centres are conducting AI-related research.

‘People, professionals and society as a whole are increasingly confronted with it: artificial intelligence in or around health and healthcare. Our health is the area that stands to gain most from artificial intelligence.’ These are the words of  Alessandro Bozzon, who as Professor of Human-Centred Artificial Intelligence researches a wide range of AI applications. He is Head of the Department of Sustainable Design Engineering at Delft University of Technology (TU Delft) and conducts research into smart cities, among other things. ‘AI helps gain a richer picture based on data.’

Support rather than replace

This applies to an MRI scan or other diagnostic methods, but equally to the layout of a city. What, for example, are the best green spaces for an older population? AI can also help plan care so that scarce operating theatre staff are used as efficiently as possible. Bozzon emphasises that AI will never replace humans in healthcare. ‘It only supports them. The machine helps the human to function, and vice versa.’

As health is such a wide topic, the participants in this theme distinguish between five focus areas:

In general, scientists will always manage to find one another when it comes to fruitful collaboration, says Gerard van Westen. He is Professor of AI and Medicinal Chemistry in Leiden and has been conducting multidisciplinary research in the field of AI-assisted drug development for a few years now. ‘Existing networks mean we can act fast and aren’t afraid to share ideas. We don’t see colleagues from other institutes as competitors.’

However, Van Westen adds, it can make a refreshing change to meet new people within the Zuid-Holland universities and see how you can take each other and the field forward. ‘Leiden has a lot of expertise in the field of chemistry and small molecules. Delft is way ahead with automation and robotics, and Erasmus has lots of valuable patient datasets that AI systems can learn from. And it’s been great to get to know Catholijn Jonker, for instance. Great person! She sees opportunities and has a fresh outlook,’ say Van Westen about this Delft professor of hybrid intelligence.

The soft side is essential

Within the AI and health focus group, there is plenty of room for the ‘softer side’ in the form of social sciences. That is a development that Moniek Buijzen is seeing more often. She is Professor of Behavioural Change at Erasmus University Rotterdam. ‘We behavioural scientists are now being involved in projects from the outset, and that provides opportunities. It prevents you from finding out afterwards that an innovation doesn’t suit the users at all.’

On the other hand, Buijzen can see her field becoming increasingly ‘hard’. She uses the algorithms that social media uses to serve people up with what they find interesting. ‘If you manage to create the right buzz online with, for example, fun challenges that encourage healthy behaviour... Then you’ll really get somewhere!’

Buijzen cleverly turns things around. If marketing and influencers can seduce us to do anything, can they also seduce people into healthy behaviour? It is difficult to compete with the gigantic marketing budgets in the food industry and the enormous influence of advertising on children, but she’s plugging away at it anyway. What role do influential children have in a class or neighbourhood and how can you use them to promote healthy behaviour?

Below are a few examples of the work of each of the three professors: AI-related research in health

In 2020 we suddenly had to keep 1.5m apart from others. Decisionmakers who were responsible for public spaces had a problem: where should they adopt measures and which ones? Where is it difficult to maintain this distance and where are the hotspots where people gather?

Artificial intelligence offered a solution, says Alessandro Bozzon. ‘It only works if you have lots of good data, and that’s what we had. The land registry has superb data about roads and narrow pavements as well as about restaurants and other places where people gather. This allowed us to simulate mobility and calculate the likelihood of problems occurring at location X.’

This is how knowledge about the environment can help develop a smart city, one of Bozzon’s focal points. ‘You can also use such a system to see to what extent it’s possible for people in a certain city to take a daily walk in the fresh air. Is there enough green space near every house for such a walk? Where should we intervene? Plenty of data is available from the land registry or Statistics Netherlands (CBS). If we make good use of this, it can help improve people’s health.’

Houses with mould growing on the walls. In deprived neighbourhoods people live much unhealthier lives than they do elsewhere, and young people are less happy and healthy. Moniek Buijzen wants to help tackle the extreme differences in health in the Netherlands. ‘Despite their poor circumstances, some young people manage to lead a good life. How do they do so?’ The answer can help others.

On the Planet Rock project, which VU Amsterdam and Leiden University are also participating in, young people and data analysis with AI techniques have taken a leading role even. The researchers hold meetings with young people from disadvantaged neighbourhoods in Amsterdam and Rotterdam. Their main questions are: What does a healthy lifestyle mean to you? What should you focus on? Who are examples to you? Activity trackers and data on the physical, social and cultural environment of these young people also help gain a clear picture on what the situation is and what needs to change.

Sometimes you find you can’t go straight for your goal, says Buijzen. ‘From a session on healthy eating behaviour, but also from the perspective of well-being, it became clear that young people struggle with feeling unsafe and unsure on the street and have a negative self-image from social media. We elaborated on this: it makes little sense to promote oranges to a target group that is concerned about their safety on the street.’

Not linear but circular: a new way to develop drugs

His ambition: a virtual human being, consisting of algorithms that predict what an administered substance does in our body.  Gerard van Westen is already well on the way. He is developing a system based on millions of measurements that have been made into how substance X reacts to body protein Y. This data is teaching an algorithm to predict how other potentially effective chemical structures would respond to the thousands of relevant proteins in the body. This is an enormous help to drug developers. ‘You know which direction to look for a good drug.’

Each part of the drug discovery chain is already supported by AI. From developing possible medicinal substances that can then be tested in a petri dish, animals and humans to personalised predictions of what the side-effects might be once the drug is actually in use. There is automatic data analysis, robot synthesis, safety prediction and much more.

Once the chain has been completed and a new drug is on the market, this too provides new data for Van Westen’s virtual human. New information on how the new drug reacts with all the relevant proteins in the body is added to his model, and its predictions become even better. These in turn make the start of the drug discovery chain – making molecules that might be effective – more efficient. ‘This means that drug development is no longer linear but circular. With artificial intelligence in the middle of the circle.’

This article is part four in a series showing how research and teaching with or into AI plays a role at Erasmus University Rotterdam, Leiden University and TU Delft. The articles cover the following five themes, on which the universities work together and alongside one another: 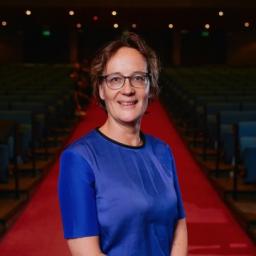 “You have to think carefully about social embedding of artificial intelligence”

Are big data and technological innovations in healthcare always exclusively convenient, or are they complicated too? Do they lead to better healthcare, or do… 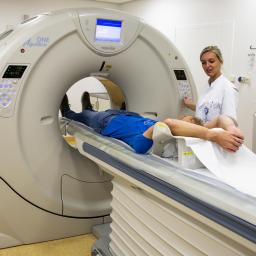 More effective diagnosis and prognosis than ever, with less intrusive medical screening? Scientists from Leiden, Delft and Rotterdam are well on the way to… 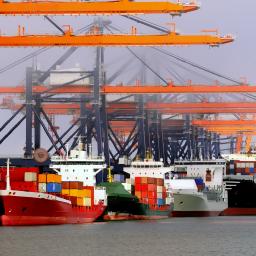 From a ship that has been designed to tell you what maintenance it needs and when, to an intelligent journey planner for global goods transport. The three… 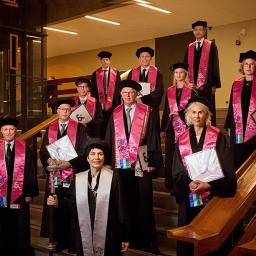 Students design for Kuyperwijk: 'Bringing a new perspective is their strongest asset' 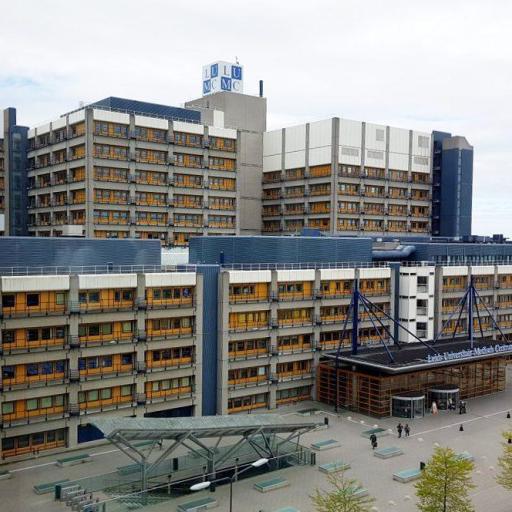 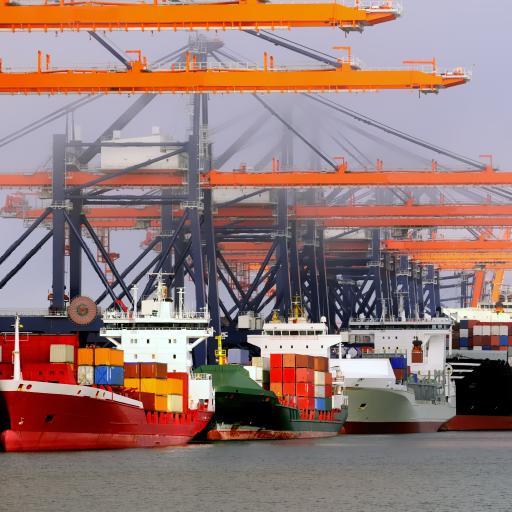